A portrait of Mahan Esfahani

The tea in the glass is dark but luminous, like a ruby – a colour that seems to glow from the inside. This is his first conscious memory of the colour red, Mahan Esfahani reminisces, back when he was a little boy, in Iran, at a street café on the Caspian coast.

Mahan Esfahani was born in Tehran in 1984. He left the country as a child and grew up in the U.S.A. where he studied musicology and history at Stanford University – and of course harpsichord, the instrument that has always fascinated him, to which he owes his extraordinary career and whose public image he has given quite the makeover.

The harpsichord – of all instruments! Isn’t that a fossil from times before the piano was invented? Isn’t that the instrument Bach and Handel and their great contemporaries settled for, simply for the lack of a more modern piano? Not if you ask Mahan Esfahani. He completely dismisses the notion of the harpsichord merely being a temporary phenomenon in the history of keyboard instruments, and explains what he finds so exciting about it: »I believe that the harpsichord is essentially a vocal instrument. Besides, it has the remarkable ability to interlace with other instruments. Many people criticise the fact that its sound fades away so fast and doesn’t linger in the hall. But that’s just as if you claimed that a pencil drawing by Rembrandt has less artistic value than a painting by Cézanne!« 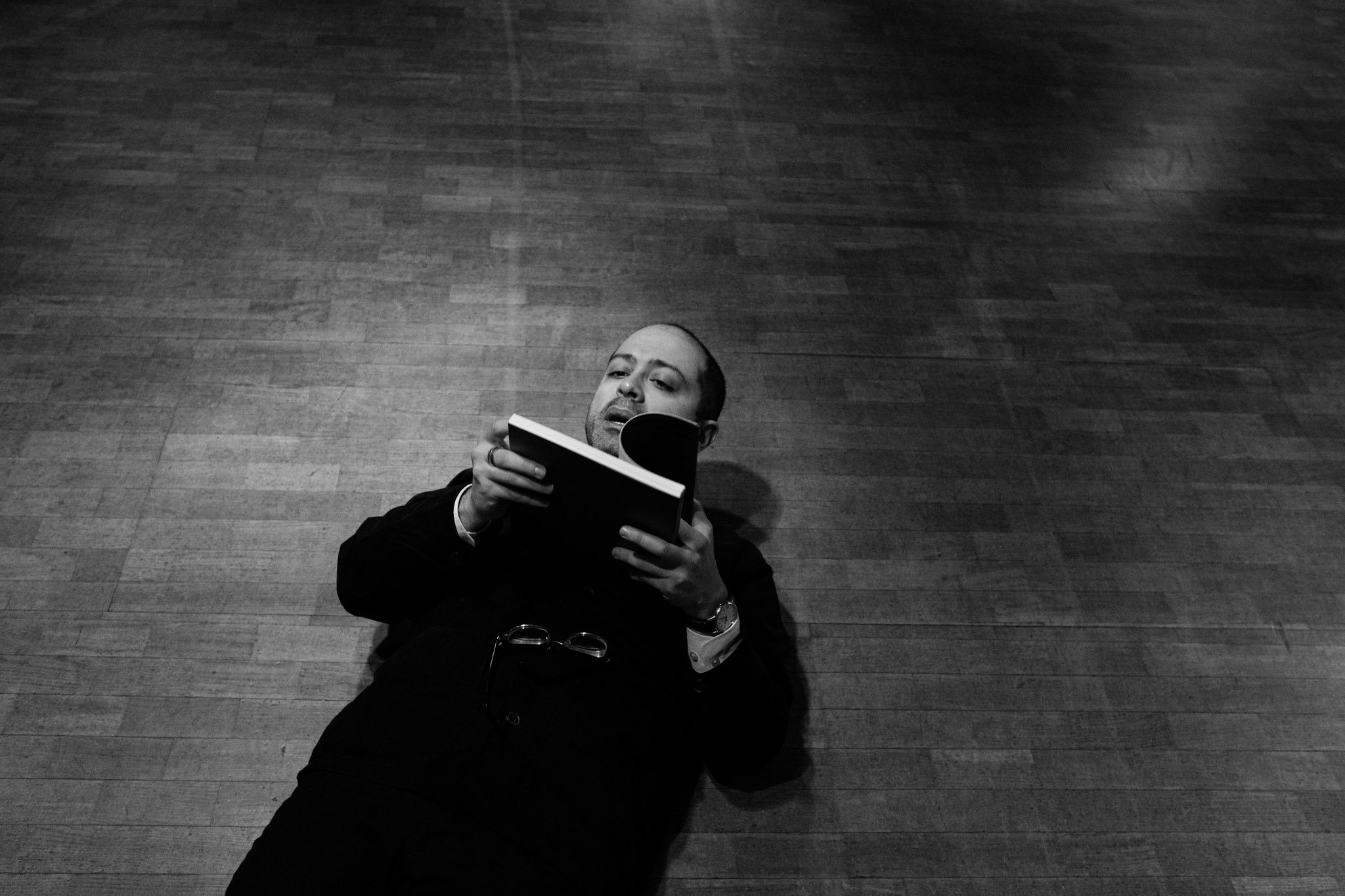 The gate to the future

So it comes as no surprise that Mahan Esfahani, as harpsichordist, is not willing to settle for what’s already there. Of course he, too, travels the world playing the great Baroque harpsichord repertoire – celebrating Handel, offering new perspectives on William Byrd and Girolamo Frescobaldi and indulging in the genius of Rameau whom he calls »a profoundly dissonant composer«. But what seems to fascinate him even more is to take this tender instrument from the 17th and 18th century and to push open the gates to the present and the future. Mahan Esfahani’s is not a world of musical archaeology. »For that, life is too short, if you ask me«.

For me, the harpsichord is basically a vocal instrument. And it has the extraordinary ability to weave itself between other instruments.

Indeed, other 20th-century composers have also rediscovered and used the harpsichord – Igor Strawinsky, Francis Poulenc, Bohuslav Martinů, György Ligeti and Philip Glass for example. But ever since Mahan Esfahani has been tirelessly commissioning and premiering works and exploring the fine line between tradition and avant-garde, the instrument has clearly arrived in the present: Gone is the image of powdered wigs, and replaced by the context of electronic sounds and hip-hop. George Lewis, Bent Sørensen, Poul Ruders, Anahita Abbasi, Daniel Kidane, Michael Berkeley and Miroslav Srnka are merely a few names on a long list of composers who, inspired by Mahan Esfahani’s charisma, have written pieces for him. Esfahani wants to ask questions, and he likes the uncomfortable ones most. »Artists who stand still are cowards,« he says. True to his beliefs, he chose an ample question as title of one of his most recent albums: It is called »Musique?« and presents compositions for harpsichord on the border between acoustics and electronics. 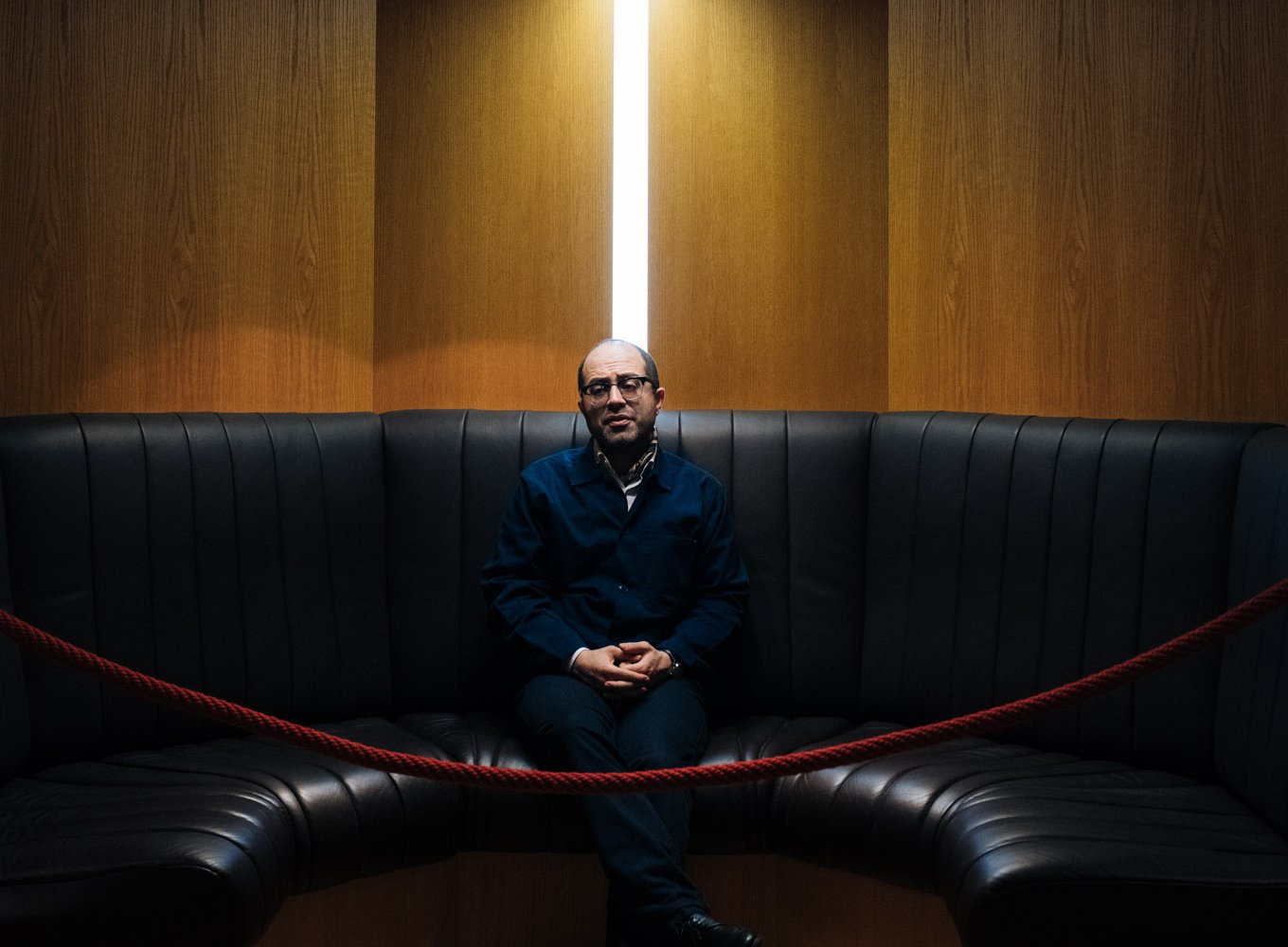 Mahan Esfahani is a restless traveller and curious explorer of the world. And still, he feels alien wherever he goes, an outsider, he explains. But that’s exactly what he enjoys. He lived in Washington, New York, Boston, Milan, Oxford and London before taking up residence in Prague to receive final musical polishes from Zuzana Růžičková, the Grande Dame of the harpsichord. After she passed away in 2017, her star student decided to stay at the Vltava – in the city he now cherishes because of the freedom he feels when it comes to his art and his way of thinking.

This quality equally applies to Cologne, and Mahan Esfahani is eager to begin his residency at the Gürzenich Orchestra. Not only is he excited to be premiering the harpsichord concerto written for him by Miroslav Srnka who, like Esfahani, lives in Prague and works in Cologne. But he is also looking forward to the people of Cologne (whom he describes as the »most amusing Germans«), to the vibrant cultural life at the Rhine, and last but not least, to an audience he can inspire and touch with his playing. 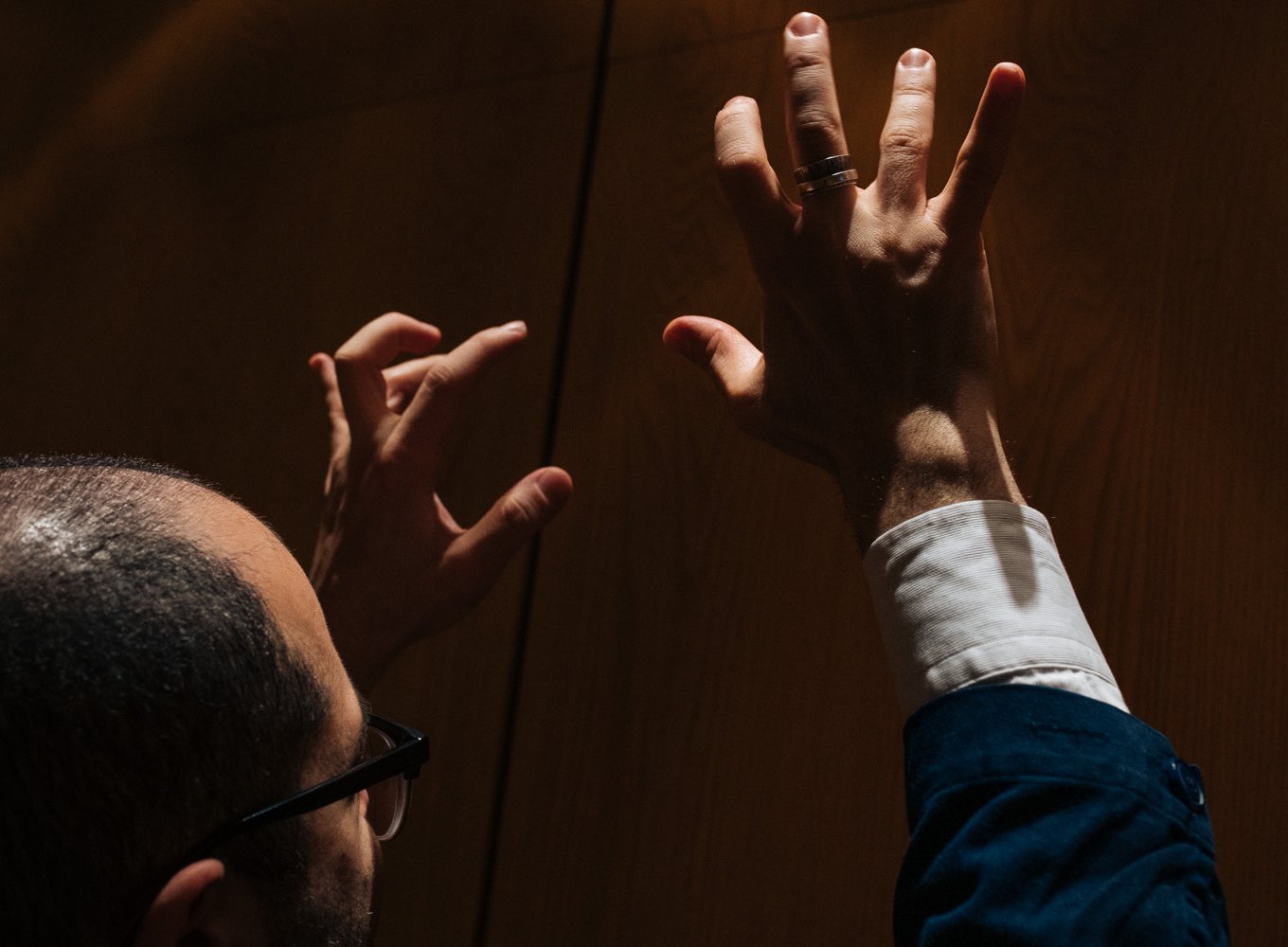 Yet music as the only medium wouldn’t suffice for Mahan Esfahani. His horizon is much broader, his talent much more diverse. He hosts live programmes for the BBC where he speaks to guests from art and science. He appears on radio features, discussing topics such as the early history of Afro-American composers in classical music or the development of orchestral music in Azerbaijan. And he writes books and essays, e.g. about his love for tea – in this brilliant text, Mahan Esfahani recounts his first memory of the colour red – or about the value of »music’s uselessness«. His thought experiments and his musical interpretations alike can be described as intellectually poignant and deeply poetic.

Currently, he is working on a biography of his own role model, the harpsichordist Ralph Kirkpatrick. And the next book is already in the pipeline: Mahan Esfahani joines forces with Handel expert Jonathan Keats to get to the bottom of the age-old question as to why Bach and Handel never met. What would have happened if they had? And what if Mahan Esfahani’s days consisted of 36 hours? Then he could dedicate more time to some of his other passions: Studying ancient and modern languages, or collecting rare books. And reading, for that matter! In Esfahani’s opinion, reading is a political act – and public libraries are the »pillars of democracy«.

What’s for sure: If there is anything Mahan Esfahani’s residency at the Gürzenich Orchestra promises not to be, it’s boring! But one issue remains delicate: Tea. German tea (or what he describes as »all kinds of refuse from one’s lawn packed into bags«) has yet to win him over, as Esfahani openly admits. Then again, always the philosopher, he is quick to find more lenient words: »As for the Germans and their ideas about tea, well, at least they have Bach. For that, even Kräuter Tee is forgiven.«

A portrait by Volker Sellmann