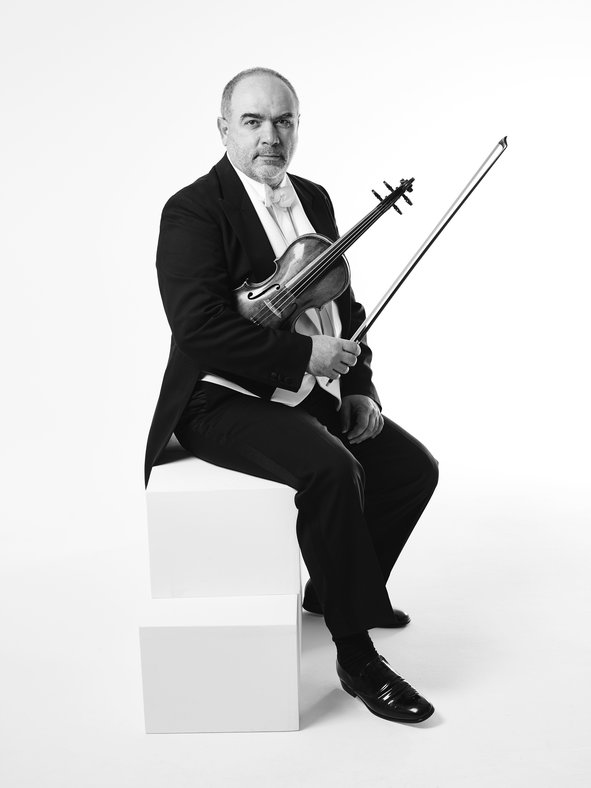 Demetrius Polyzoides was born into a family of musicians. He learned the basic concepts of violinistic-methodical thinking from his father Christos Polyzoides. Violin studies with Harald Himmel in Graz and with Franz Samohyl in Vienna resulted in a diploma with unanimous distinction. Viola studies with Hatto Beyerle followed, as well as master classes with Arthur Grumiaux, Christian Ferras, Wolfgang Marschner and Max Rostal.  From 1995 to 1997 Demetrius Polyzoides was primarius in the Leonardo Quartet Cologne and since 1997 he is primarius in the Cologne String Sextet. He also participates in busy concert performances and can be heard in numerous radio, television and CD recordings as a soloist and chamber musician in Europe and Asia. He has performed as a soloist with the Hamburg Symphony Orchestra, the Vienna Chamber Philharmonic Orchestra, the Graz Symphony Orchestra, the Thessaloniki State Orchestra and the Camerata of the Friends of Music in Athens, among others. Demetrius Polyzoides has been a member of the Gürzenich Orchestra Cologne since 1989.