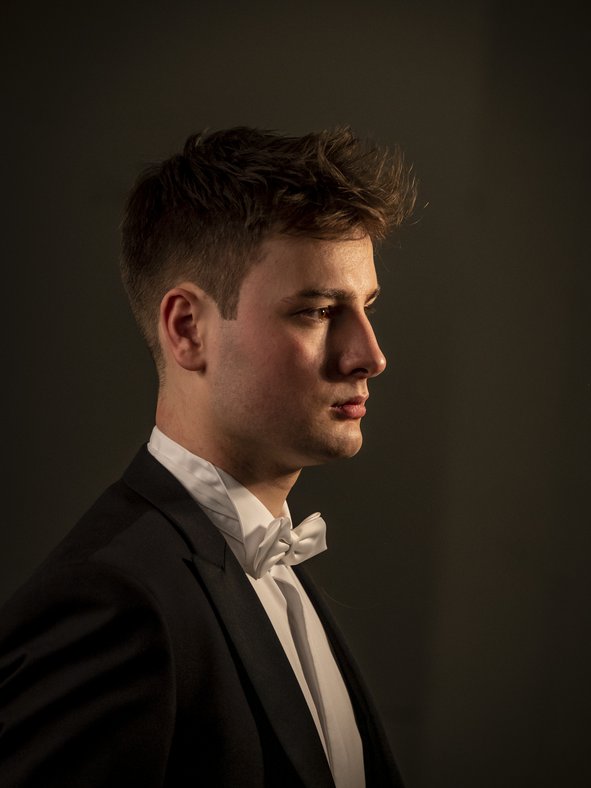 Leopold Rucker, born in Dresden in 1999, received his first cello lessons at the age of 4 from Prof. Gunda Altmann. Since 2010 he attended the Saxon State High School for Music Carl Maria von Weber in Dresden. At the age of 13 he switched to the double bass and was taught by KV Tobias Glöckler. Currently Leopold is studying with Prof. Rick Stotijn at the Robert Schumann Hochschule Düsseldorf.

Leopold Rucker is a member of the Junge Deutsche Philharmonie and has played numerous solo performances, such as in the 2021 New Year's Concert with the Staatsorchester Rheinische Philharmonie and in 2018 at the Kulturpalast Dresden. Since August 25, 2021, he has been an academist of the Gürzenich Orchestra Cologne. Leopold Rucker was several times a national prize winner at Jugendmusiziert, a long-time member of the Federal Youth Orchestra, and won a German scholarship twice in a row. He also actively plays church music, chamber music and is a substitute in various orchestras as well as a regular member of the Lech Classic Festival Orchestra. He is also active as a teacher and supports various educational projects, the latest being "Tears of Nature" as part of the KUNSTVOLL support program. Leopold completed master classes with Prof. Olivier Thiery, Burak Marlali, Prof. Paul Ellison, Catalin Rotaru, Prof. Christine Hoock, Dane Roberts, among others.