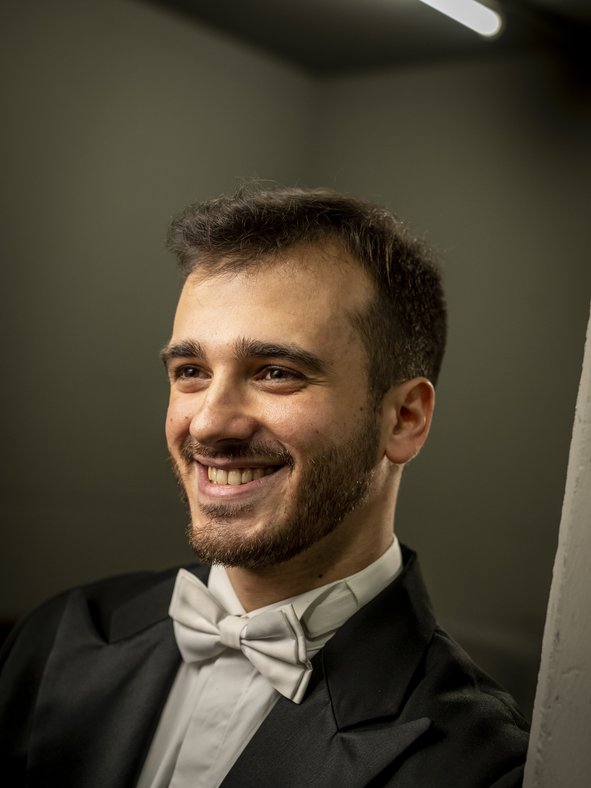 Luca Di Manso was born in Naples in 1997 and began learning the oboe at the age of ten. He finished his studies with Giacomo Crestacci at the Conservatory "Nicola Sala" in Benevento at the age of 17 with distinction. He then studied with Francesco Di Rosa at the Accademia Nazionale di Santa Cecilia and with Domenico Orlando. He attended master classes with Maurice Bourgue, Paolo Grazia, Ivan Podyomov, Stefan Schilli and Luca Vignali. He won the 3rd prize at the international competition "Samnium" of the city of Benevento in 2019. In 2017 he was accepted in the orchestra training course of the Italian Youth Orchestra, in 2019 he won an audition with the Orchestra del Teatro Olimpico in Vicenza, and in 2020 he was part of the Gustav Mahler Youth Orchestra.