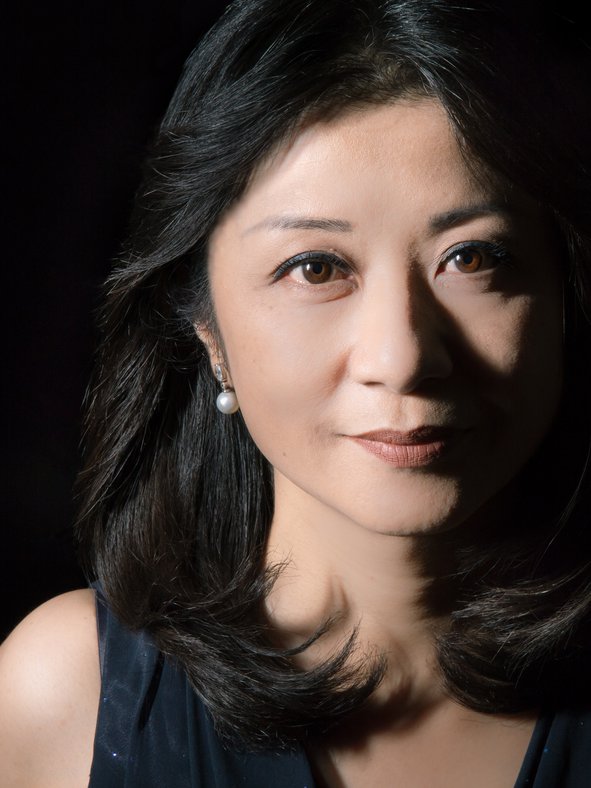 Megumi Hashiba, who was born in Japan, began playing the piano at the age of four. After her studies at the Toho Gakuen School of Music she came to Germany in 1987 to study with Pavel Gililov at the Hochschule für Musik und Tanz in Cologne and graduated after passing her concert examination in 1993.

Since the end of her music studies, Megumi Hashiba is giving concerts as a soloist and a chamber musician and is a guest at international festivals, such as the Schlesiwg-Holstein Music Festival, the Piano Festival  Ruhr, the Lionel Tertis International Viola Festival, the Euriade, the Kammermusikfest  Kloster Kamp as well as the Recontres Musicales Internationales d’Enghien.

As a sought after chamber musician she is regularly playing at the WDR Chamber Music Concerts,Gürzenich Orchestra Chamber Music, Chamber Music for Cologne and at various Masterclasses. She has recorded CDs with viola players Rainer Moog at GENUIN Classics and Hartmut Lindemann at TACET as well as with the cellist Tray Lee at EMI/Asia.

Since 1994 Megumi Hashiba has been teaching instrumental accompaniment and chamber music at the Cologne University of Music and Dance.From 2014 untill 2021 she was a regular accompanist at Kronberg Academy , where she received decisive musical impulses from renowned artists such as Christoph Eschenbach, Daniel Barenboim, Sir Andras Schiff and Gidon Kremer. In 2017 and 2019 she performed with young artists at the Kronberg Academy at the Wigmore Hall London.