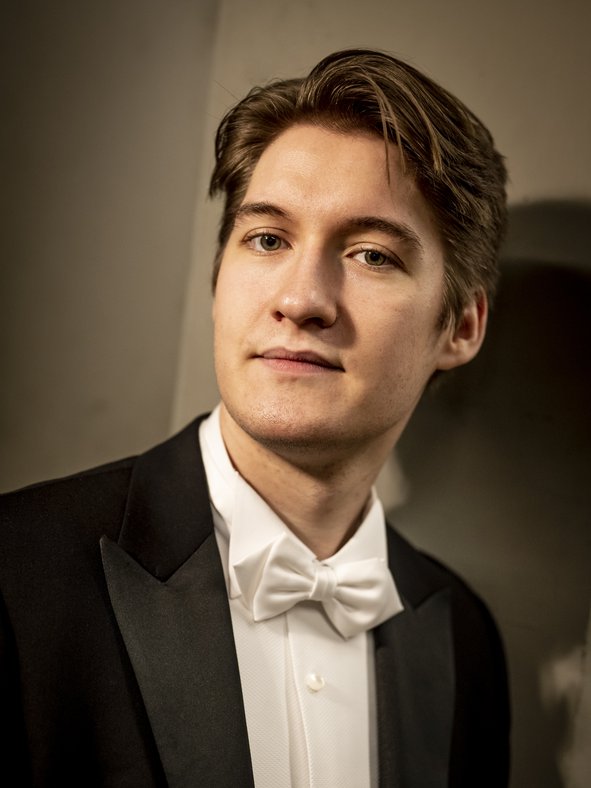 Born in Leipzig in 1999, Nikolai Gast received his first clarinet lessons at the age of seven. He was a member of the Knabenkantorei Lübeck from 2006 to 2011. Since 2012 he had clarinet lessons with Bernd Rodenberg. In 2013, 2014 and 2016 he won 1st prizes at "Jugend musiziert" on federal level in duo with his twin brother Julian Gast( piano) and in clarinet trio with Ilja and Ivo Ruf. As "Trio ClariNoir" they perform regularly in this formation. In 2014 the clarinet trio won the audience award at the "Hamburg Airport" prize winners concert in Norderstedt. In addition to classical music, the trio works in the field of jazz, tango and klezmer with Bernd Ruf and Raul Jaurena (bandoneon). Since 2014, Nikolai Gast has been a multiple participant at the Nordland Chamber Music Course and has been receiving piano lessons since 2015. In 2016 he received a scholarship from the Foundation of Lower Saxony for a master class with Ensemble Modern. He is a scholarship holder of the Deutsche Stiftung Musikleben, the Marie-Luise Imbusch Foundation, the Yehudi Menuhin Foundation Live Music Now, the Foundation of Lower Saxony and the Carl-Toepfer Foundation. From 2015-2017 he was a member of the Schleswig-Holstein State Youth Orchestra and the Lübeck Youth Symphony Orchestra. In 2017 Nikolai Gast participated in the "Norddeutsche Klarinettentage" in Bremen and won the 1st prize and the special prize for the best interpretation of the Mozart compulsory piece with the Trio ClariNoir at the international clarinet competition in Bremen. In 2017, Nikolai Gast performed together with his brother at the International Chamber Music Festival Lübeck and at the Mecklenburg-Vorpommern Festival as a clarinet/piano duo, among others, and in 2018 at the Gezeitenkonzerte Ostfriesland and with the Trio ClariNoir at the Schleswig-Holstein Music Festival. In 2018, Nikolai Gast became first national prize winner at "Jugend musiziert" in the subject clarinet solo and in November of the same year he had his soloist debut with the Clarinet Concerto in A major by W.A. Mozart at the Laeiszhalle Hamburg. In 2019, Nikolai Gast performed as part of the Schleswig Holstein Music Festival and at the Lübeck International Chamber Music Festival with the Trio ClariNoir and as a sibling trio at the Gezeitenkonzerte Chamber Music Festival in East Frisia. In October 2019, he began clarinet studies at the Stuttgart University of Music and Performing Arts with Norbert Kaiser. In February 2020, he released his first CD "Mozart On The Road" with the Trio ClariNoir, which was nominated for both the German Record Critics Award and the Opus Klassik. In 2021, the Trio ClariNoir was awarded a special prize for a "remarkable interpretation" at the "Ton & Erklärung" competition.

Nikolai Gast has been a member of the Orchestra Academy of the Gürzenich Orchestra since 2021.