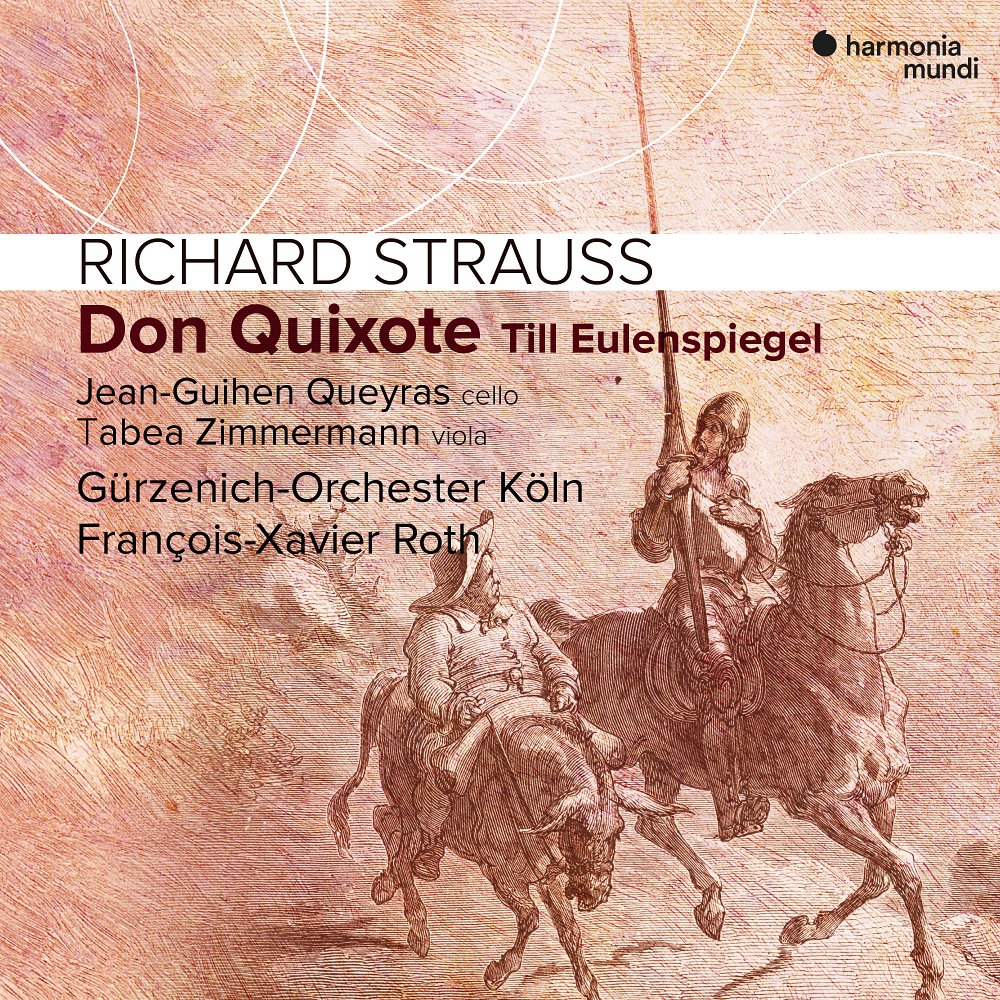 François-Xavier Roth is a dedicated explorer of the Gürzenich Orchestra’s rich history, both in the concert hall and recording studio. His predecessor as Gürzenich-Kapellmeister, Franz Wüllner, was as closely connected with the composers of his time as François-Xavier Roth is today. Richard Strauss entrusted the world premieres of two of his most well-known works to the Symphony Orchestra of the City of Cologne, as the orchestra was then: in 1895 »Till Eulenspiegel’s lustige Streiche« Op. 28 and three years later »Don Quixote«. The Gürzenich Orchestra’s latest release on harmonia mundi is dedicated to these two works. The 15-minute lark »Till Eulenspiegel« is one of Richard Strauss’ most frequently performed works, due to its musical wit and enormous technical challenges, as is the symphonic poem »Don Quixote« Op. 35. These »Fantastic Variations on a Theme of Knightly Character«, as the subtitle describes them, have two musical heroes. In this new recording, specifically, a hero and a heroine: violist Tabea Zimmermann, who takes on the soloistic role of Sancho Panza, and, in the role of the Knight of the Sorrowful Countenance, cellist Jean-Guihen Queyras, the orchestra’s artist-in-residence in 2021/22.

Complementing this jesting programme, François-Xavier Roth and Jean-Guihen Queyras chose the »Romance« for Cello and Orchestra (TrV 118), a youthful work by Strauss written in 1883 for his uncle Anton Ritter von Knözinger. It was first performed on February 15, 1884 in Baden-Baden, with the cellist Hanuš Wihan, a colleague of Strauss’ father in the Munich Court Orchestra, playing the solo part. The work was then forgotten until it was revived in 1986 by Jan Vogler and the Sächsische Staatskapelle Dresden under the baton of Günter Neuhold. This »andante cantabile« in F-major is an inspired work, well made and notable for its songful cello lines. Stylistically, it is related to the great romantic cello works by Schumann and Brahms, as whose worthy, brilliant successor Strauss once again proves himself here.