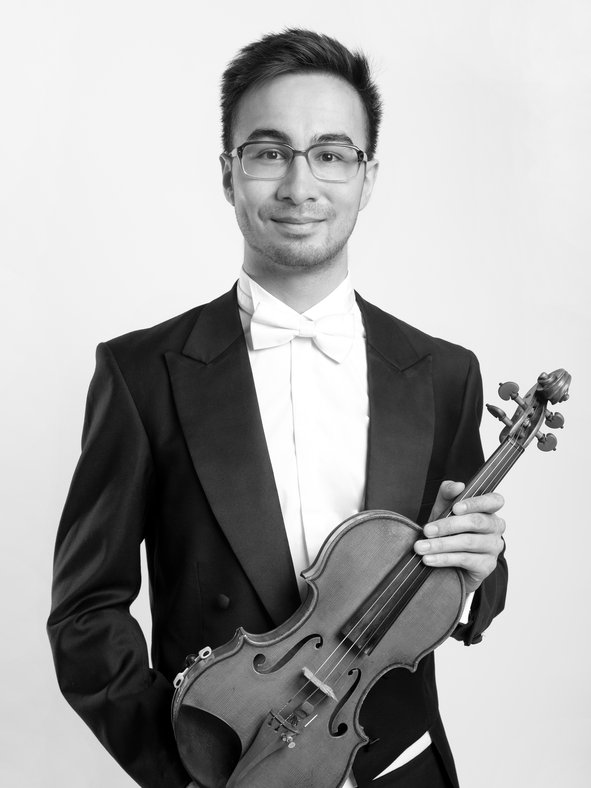 Nikolai Amann began violin lessons at the age of five. His junior studies with Rudolf Rampf at the Hochschule für Musik Trossingen were followed by lessons with Ovidiu Abramovici in Stuttgart. He completed his bachelor's and master's degrees with Laurent Albrecht Breuninger at the Karlsruhe University of Music. Further inspiration came from Ana Chumachenco, Ingolf Turban, Sigiswald Kuijken, Roland Glassl, Sebastian Hamann and Jörg Hofmann.

Nikolai Amann was a member of the Landesjugendorchester Baden-Württemberg, the Junge Deutsche Philharmonie as well as principal 2nd violins and deputy concertmaster in the orchestra of the Schleswig Holstein Music Festival. From 2017 to 2019, he was an academist in the Hessian Radio Symphony Orchestra, with which he also performed as soloist under principal conductor Andrés Orozco-Estrada as part of the academy in the summer of 2018.

As a guest, the violinist played in the WDR Symphony Orchestra Cologne, the NDR Radiophilharmonie Hannover, the Staatsorchester Stuttgart and the Deutsche Staatsphilharmonie Rheinland-Pfalz before becoming a member of the 1st violins of the Gürzenich Orchestra in 2019. Concert tours have taken Nikolai Amann throughout Europe, South and North America, Asia and to concert halls such as Suntory Hall Tokyo, Berlin Philharmonie, Musikverein Vienna and Elbphilharmonie Hamburg.