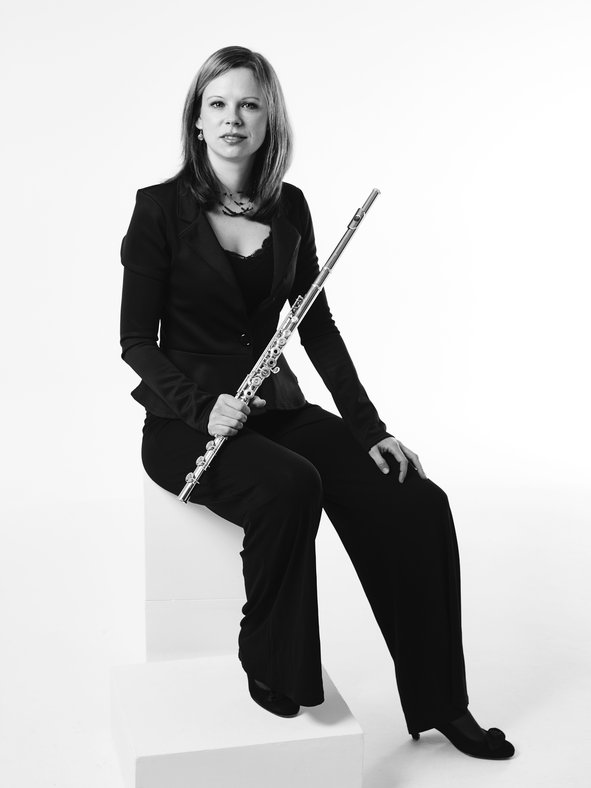 Alja Velkaverh began her musical education at the Music School in Piran (Slovenia) and continued her studies at the Academy of Music in Ljubljana, later at the University of Music and Performing Arts in Vienna with Hansgeorg Schmeiser. At the same time she completed postgraduate studies in Italy with Peter-Lukas Graf. In 2005 Alja Velkaverh became an academist of the Bavarian Radio Symphony Orchestra and  was engaged as principal flutist with the Bamberg Symphony Orchestra, the Leipzig Gewandhaus Orchestra and the Stuttgart Philharmonic in the following years. Since 2010, Alja Velkaverh has been principal flutist of the Gürzenich Orchestra Cologne. She also performs regularly with orchestras such as the London Philharmonic Orchestra, the Swedish Radio Orchestra and at La Scala in Milan. In addition, she is also active in chamber music, including in the ensemble Spira Mirabilis and as a founding member of the series "Chamber Music for Cologne". Since 2015, Alja Velkaverh has held a teaching position at the Hochschule für Musik und Tanz Köln.