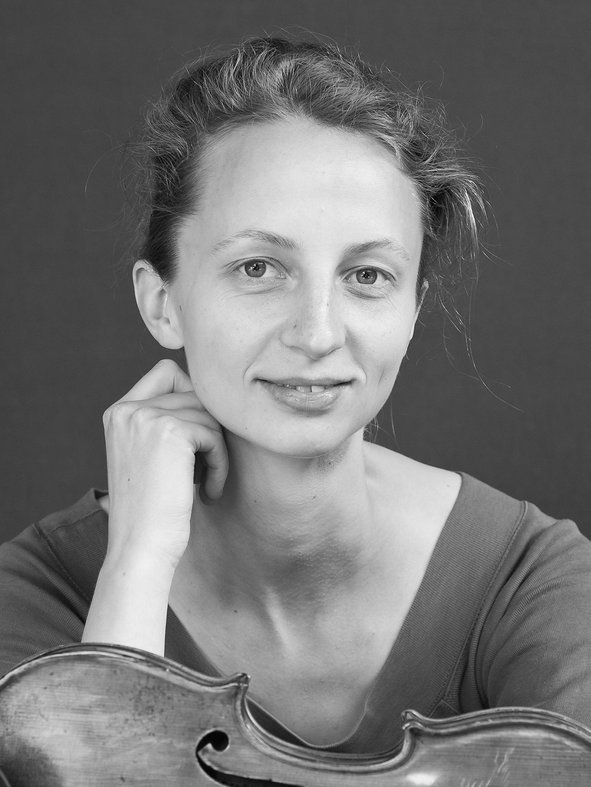 Anna Heygster studied with Michael Gaiser at the Robert Schumann Hochschule Düsseldorf, initially as a junior student, and completed the following full-time studies in 2002 "with distinction". This was followed by a year of DAAD in Paris and the completion of her studies in Düsseldorf in 2006 with the concert exam. In 2001, Anna Heygster became a scholarship holder of the Yehudi Menuhin Foundation "Live music now". In the same year she received a sponsorship award in the Schmolz and Bickenbach Competition of the Robert Schumann Hochschule and the following year she was awarded 1st prize. Also in 2002, Anna Heygster won the 2nd prize in the International Competition "Pacem in terris" in Bayreuth. She was a scholarship holder of the 48th National Selection Concerts of Young Artists (KIK) of the German Music Competition (German Music Council), the Villa Musica Foundation of the State of Rhineland-Palatinate and the Rhineland String Academy under the direction of Ida Bieler. Since 2006, she was deputy concertmaster at the Wuppertal Symphony Orchestra and moved to the Gürzenich Orchestra Cologne in 2017 in the same position. Since 2017, she has held a teaching position at the Hochschule für Musik und Tanz Köln for school music, majoring in violin.