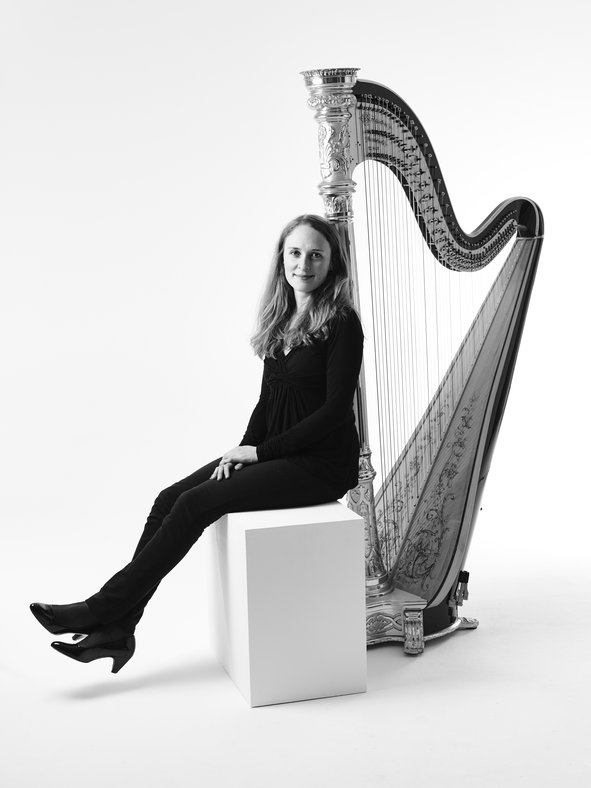 Antonia Schreiber began playing the harp at the age of 11, and it was a dream come true. To this day, she is full of enthusiasm for her instrument, its expressive musical potential and its broad spectrum of sound.
Antonia Schreiber studied with celebrated teachers such as Helga Storck in Munich, Charlotte Balzereit in Vienna and Germaine Lorenzini in Lyon. She also gained significant impetus from François Leleux, Cristina Bianchi, Isabelle Moretti and Sarah O’Brien.
Antonia Schreiber has won many prizes at national and international competitions. She has been the recipient of scholarships from foundations such as Deutsche Stiftung Musikleben and Villa Musica Mainz. As a soloist, she has appeared with leading orchestras such as the MDR-Sinfonieorchester Leipzig and the Staatsorchester Braunschweig.
At the present day, Antonia Schreiber is the principal solo harpist in Cologne’s Gürzenich Orchestra. From 2008 to 2011, she played at the Vienna State Opera and with the Vienna Philharmonic. Before that, she was a scholarship holder in the „Orchestral Academy of the Munich Philharmonic” and a member of the Gustav Mahler Youth Orchestra and the National Youth Orchestra of Germany.
Alongside her orchestral activities, Antonia Schreiber delights in playing chamber music. She makes guest appearances at various festivals and chamber music series and is a founder of the Auros Trio (flute, viola, harp).
The duo CD „Pan and Apoll – Water music for flute and harp“ was released in October 2020 by Haenssler Classic. Other recordings include Four Songs by Johannes Brahms with Audi Youth Choir and Kent Nagano and a premiere recording of „CROWD“, Sir Harrison Birtwistle’s piece for solo harp.
Antonia Schreiber loves to rediscover unjustly neglected works and find a new audience for them as well as developing creatively original concert programmes.