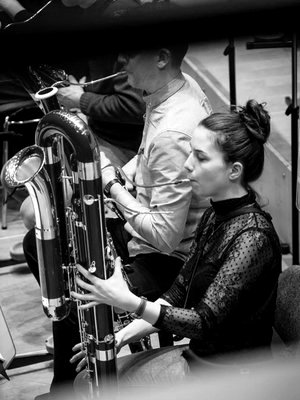 Diana Rohnfelder was born in Munich. She completed her junior studies at the Musikhochschule München and studied with Lyndon Watts in Bern after graduating from high school in 2011. This was followed by master's studies with Tobias Pelkner in Detmold, which she completed with excellent results in 2017. She is currently studying there in the concert exam. Various master classes with Sergio Azzolini, Ole Kristian T. Dahl, Dag Jensen and Klaus Thunemann, among others, complemented her education. The two contrabassoon teachers Gernot Friedrich and Stephan Krings shaped her contrabassoon playing.

For 2018, the young musician was awarded the music scholarship of the Märkische Kulturkonferenz (MKK). Among other prizes and awards, she is a prizewinner of the 6th International Richard Wagner Young Musicians Competition.