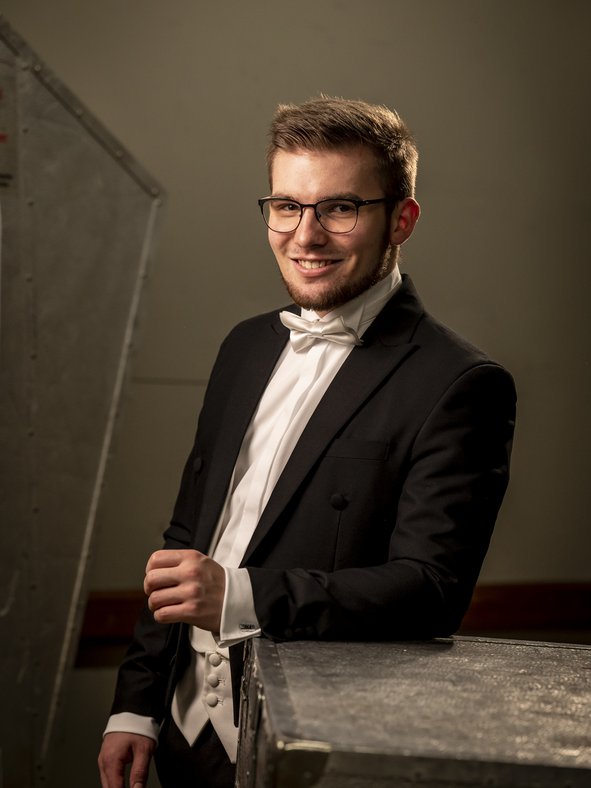 Jan Hormann was born in Cologne in 2001. At the age of 10, he began playing the trombone as part of a brass class project. At the competition "Jugend musiziert" he succeeded in reaching the national level in several categories and won first prizes there. He has already been able to gain orchestral experience in several orchestras at the municipal level, in the NRW State Youth Orchestra and, since 2018, also in the Federal Youth Orchestra. He gained further important experience, especially in dealing with contemporary music, during a master class with members of the Ensemble Modern.

In the academic year 2018/19, he began his junior studies with Andreas Kraft at the Hochschule für Musik Würzburg and took up his full studies there one year later. Since November 1, 2020, he has been an academist in the Gürzenich Orchestra Cologne.