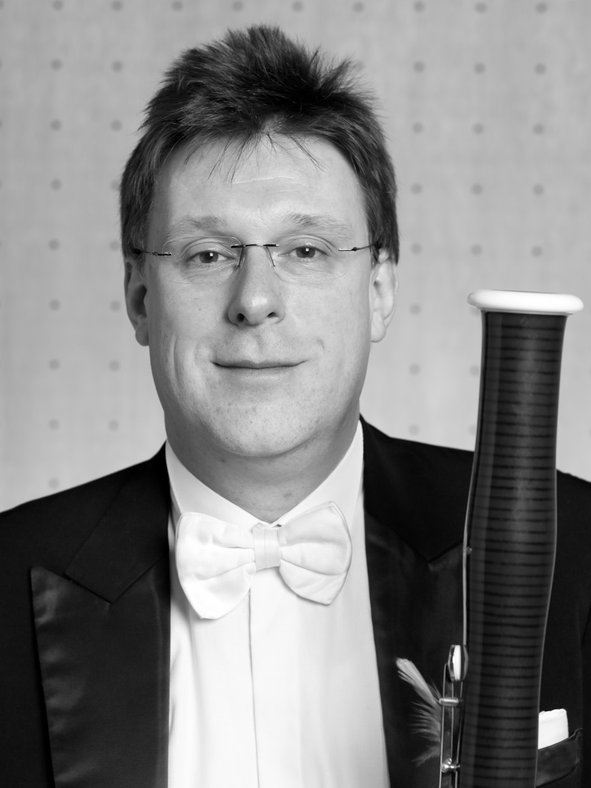 Jörg Steinbrecher was born in Leverkusen in 1965 and studied bassoon with Erich Krahwinkel at the Robert-Schumann-Hochschule für Musik in Düsseldorf before graduating from high school. In 1986, while still a student, he became a member of the Gürzenich Orchestra in Cologne, initially as second bassoonist with a commitment to the contrabassoon. A few years later Jörg Steinbrecher was appointed deputy principal bassoonist with contrabassoon. He was a guest with the Bavarian State Opera Orchestra and the Bavarian Radio Symphony Orchestra. Jörg Steinbrecher received decisive artistic impulses through his collaboration with conductors such as Sir John Pritchard, Erich Leinsdorf, Zubin Metha and Kent Nagano. As a chamber musician he has recorded several very successful CD productions with the Gürzenich Bassoon Quintet.