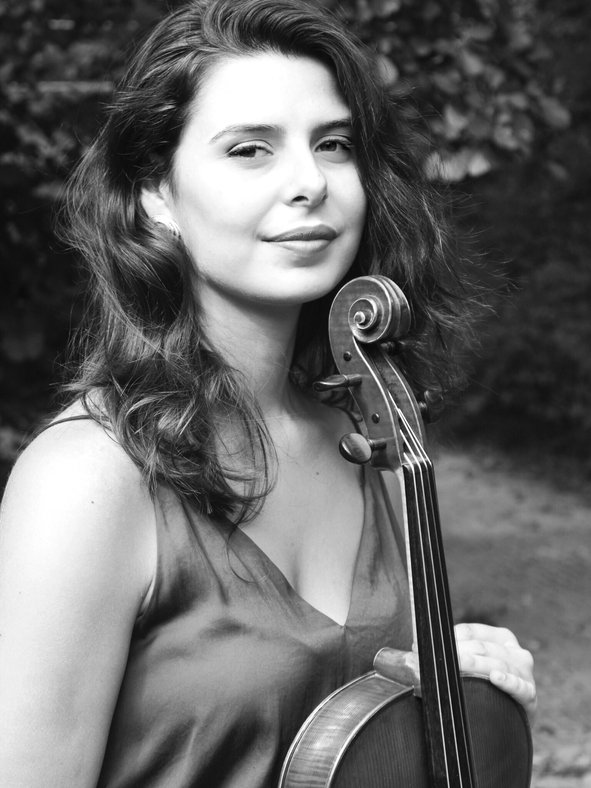 The violist Öykü Canpolat, born in Izmir in 1993,  was accepted as a junior student of Çetin Aydar at the state conservatory "Dokuz Eylül Üniversitesi" in 2002 and also received further lessons there with Çetin Aydar. In 2013, she continued her bachelor studies at the Hanns Eisler Academy of Music Berlin with Pauline Sachse and Friedemann Weigle. Between 2014 and 2016, she worked as an academist in the Rundfunk-Sinfonie-Orchester Berlin and as a substitute violist with the Dresdner Philharmoniker. In 2015, she received the 1st prize and another special prize at the 7th International Syzmon Goldberg Award. From 2015 to 2019 she studied with Tabea Zimmermann at the Hanns Eisler Academy of Music Berlin and she was assistant principal violist at the Deutsche Oper Berlin starting in 2016. Öykü Canpolat is principal violist in the Gürzenich Orchestra Cologne since February 2020.