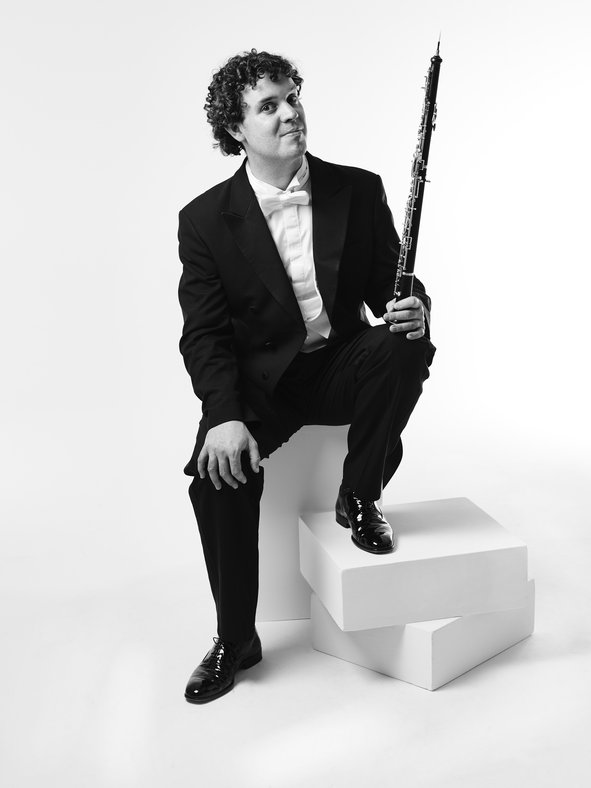 Tom Owen who was born in England received his musical education at the Purcell School of Music, at the Royal Academy of Music and at the Hanover Musikhochschule with Klaus Becker. At the age of 19 he won the "Royal Academy of Music Oboe Prize", which was followed by many others. He regularly appears as solo oboist with leading orchestras such as the Bavarian State Orchestra in Munich, the City of Birmingham Symphony Orchestra, the Gewandhausorchester Leipzig and the Staatskapelle Dresden.

He is in great demand as a chamber musician as well as a soloist. For instance, he performed Bach's Double Concerto for Oboe and Violin with Nigel Kennedy at the Schleswig-Holstein Music Festival, gave multiple performances of Fischer's Oboe Concerto with the Bavarian Chamber Philharmonic under Reinhard Goebel, as well as Strauss' Oboe Concerto and Mozart's Sinfonia Concertante at the Cologne Philharmonic with the Gürzenich Orchestra Cologne under principal conductor Markus Stenz. In addition, he has given recitals at the "Beijing International Oboe Festival 2014" and the "International Double Reed Convention 2015" in Tokyo.

Tom Owen regularly gives masterclasses at the Orchesterzentrum NRW, the Royal Northern College of Music and the Royal Academy of Music (England), the Festival "Duchi d'Acquaviva" in Atri (Italy) and the Central Conservatory Beijing (China). He is a regular guest with the Linos Ensemble, founder of the Kölner Kammersolisten, who got their first recording contract with MDG in 2014, and founding member as well as 2nd chairman of the association "Kammermusik für Köln". In 2015 he was appointed Associate of the Royal Academy of Music (ARAM). Tom Owen has been principal oboist of the Gürzenich Orchestra Cologne since 2006.