He speaks with a low, gentle voice, does not particularly love being photographed, and is not inclined to make things easy for the image consultants of the classical music market. Even if Emanuel Ax emphasizes over and over how important it is to introduce coming generations to music from Joseph Haydn to John Adams, he is hardly a media jack-of-all-trades and all channels. Instead, the pianist loves to immerse himself in the works of Mozart, Beethoven, Chopin, Schumann, Brahms or Rachmaninov – occasionally also in the spirit of historically informed performance practice. Like few pianists of his stature, he has dedicated himself extensively to chamber music and contemporary music, which he continues to support through commissions. Born in 1949 to Polish Holocaust survivors, Ax emigrated to North America in his youth and adopted the USA and its cultural life as part of his identity. During the coming season, he appears three times as Artist in Residence with the Gürzenich Orchestra. Michael Struck-Schloen met Emanuel Ax between two concerts at the Alte Oper in Frankfurt.

Do you still remember your first visit to Germany?

Oh yes, very well, it was in 1974. At the time, the violinist Nathan Milstein was looking for an accompanist, and I was recommended to him. I was 25, Milstein was about 70 – but he played like a young man, simply incredible. That is how I came to Munich for the first time, to the Herkulessaal, in the land of music. To this day, I believe that a pianist who does not love German music should find another profession.

Basically, your visit to Munich was a return to Europe, for you are originally from Lviv in Ukraine.

During my time, it was still called Львов (Lvov) and was part of the Soviet Union; when my mother was born there, the city was Polish and called Lwów, and my father was born in Lemberg in Austro-Hungary. But it was always the same place! When I was ten years old, we moved to Warsaw, then emigrated to Canada and finally landed in New York. 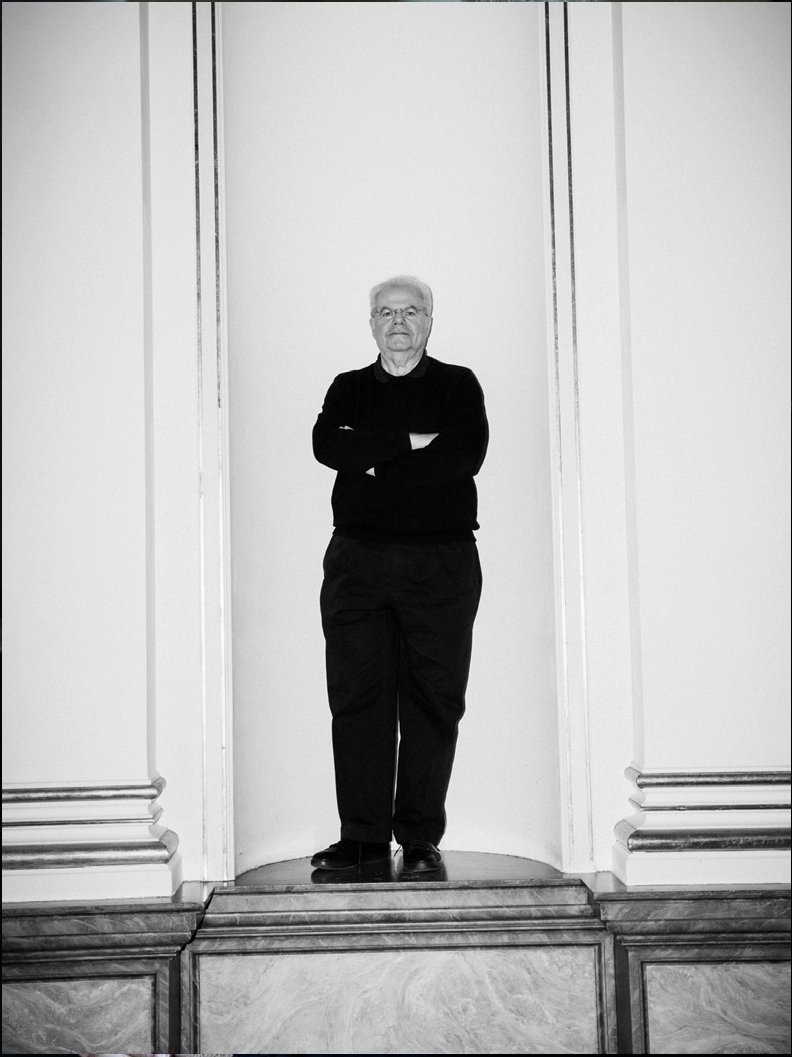 Your parents survived the concentration camps – were these terrible experiences a reason to leave Europe?

Yes, I think they emigrated in order to leave these terrible memories of war behind – and so that they would not have to live behind the Iron Curtain. This required the appropriate papers, and it was an incredibly complicated and protracted process. However, my parents were determined to move to the West, even though it was difficult for my father to find a job as a speech therapist in America; it all took time.

Your piano teacher at the Juilliard School, the Polish pedagogue Mieczesław Munz, was a student of a student of the great Ferruccio Busoni. Busoni always insisted that a good musician needs not only a score and an instrument, but also an interest in art, literature, theatre. Is that what you also tell your students?

I don’t know if Busoni was really right. I know fantastic pianists for whom nothing outside music exists. However, of course there are artists with many interests – all the way to politics. Igor Levit, for example, is politically very active, Leonard Bernstein was the same, and my friend Yo-Yo Ma often gives concerts for people who have – let me put it this way – influence on the political landscape, in America, China, India, all over the place. He is quite a remarkable person. I always say that there were two extraordinarily fortunate events in my life: one was meeting my wife (pianist Yoko Nozaki), and the other was meeting Yo-Yo Ma. We have been playing together for 47 years now.

What creates such a bond between you and Yo-Yo Ma?

We observe life from the same perspective, we worry about the same things: treating each other kindly, keeping in touch with young people, not losing sight of the future of music. That is where we try to help.

That is an amazing development which began in the USA even earlier than in Europe: famous artists such as Yo-Yo-Ma, Lang Lang and yourself talk to young people, introducing them to classical music. Why is that?

I think at some point we realized that the school system had changed and is no longer as interested in classical education as it used to be. Today you can graduate from a first-rate American university as an English major without ever taking a course on William Shakespeare. The classical subjects are less and less important in these fields. I see this as an invitation to us musicians to find different ways of teaching young people that music is important for life – and that it can be a real profession too. There is still this attitude in America where musicians are asked: Okay, and what do you do for a living?

Has the appearance of Donald Trump changed cultural life in the USA?

I don’t think he has influenced culture and music in the USA very much. As you know, our system is quite different from that in Germany: culture is hardly financed by the state, but mainly by private donors. Sometimes we artists lament this reticence of the state; but given the current political situation, it does seem best to me.

Your collaboration with François-Xavier Roth and the Gürzenich Orchestra builds another bridge between the USA and Europe. In November 2020 you will play the Piano Concerto No. 2 in B-flat major by Johannes Brahms; in May 2021 the piano concerto Suspend by Andrew Norman, which was written only a few years ago. Let us start with Brahms, a composer you have a strong connection with…

You could say that. 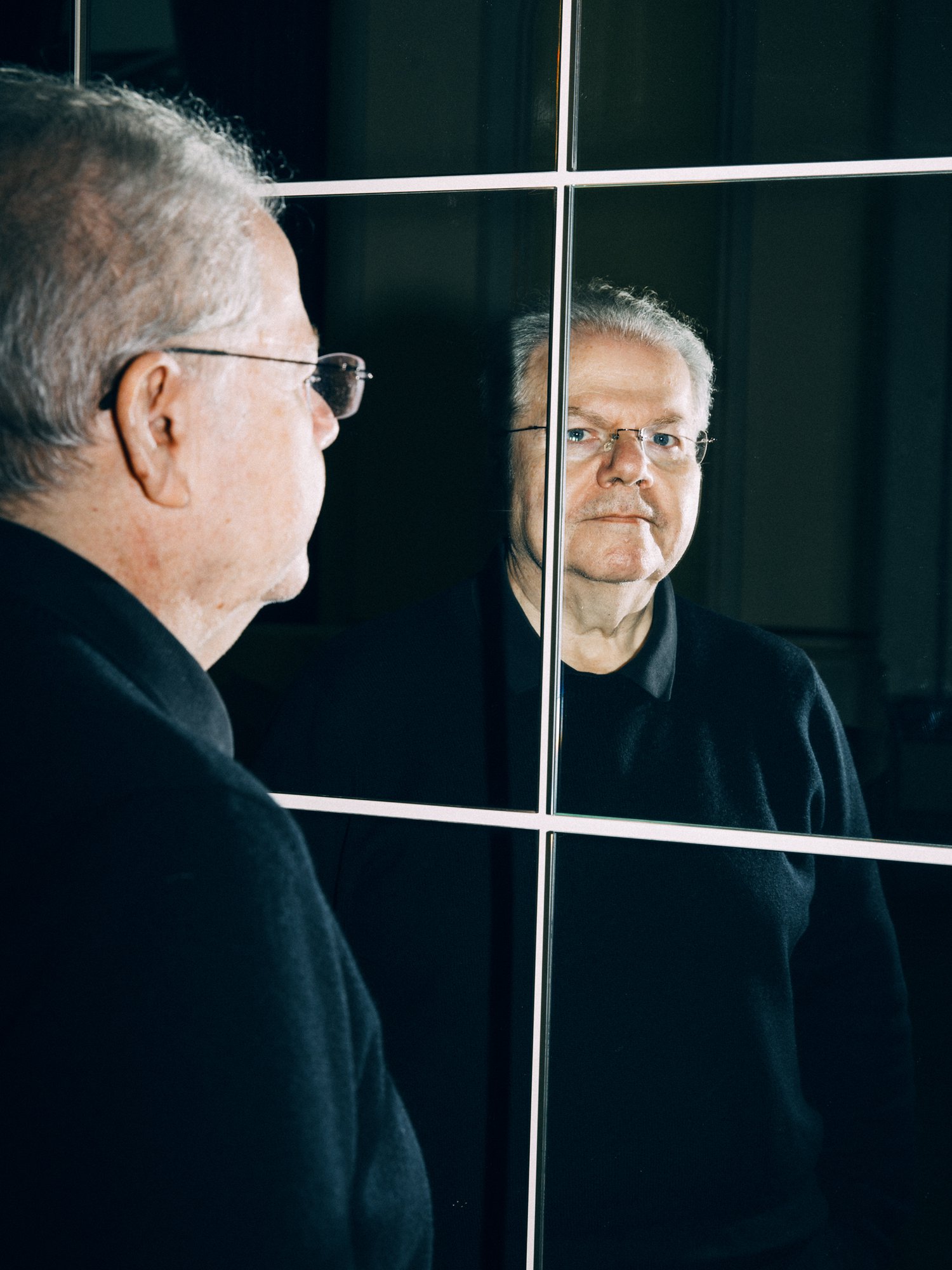 Why does one study the same pieces for many decades?

First of all, Brahms is an incredible intellectual challenge. He always had to do everything differently than his contemporaries; nothing in his work followed the laws of music as they were at the time. That is why Arnold Schoenberg admired him so profoundly, calling him »Brahms, the Progressive« in a famous essay. Had Brahms lived longer, Schoenberg suspected, he would eventually have written dodecaphonic music. That is one reason I have been studying Brahms for six decades: his musical challenges. The second reason is that I have always played chamber music, mainly with Yo-Yo Ma, but also with Isaac Stern, Itzhak Perlman, the Cleveland Quartet and many others. Brahms composed about 25 great chamber music works – all of them popular and part of the repertoire. That might just be a record! The strange thing about Brahms is that – unlike Schumann or Tchaikovsky – his person disappears entirely behind his works. The problem is that people usually visualize Brahms as an older man – a small, thick-set figure with a long beard living at Vienna’s Musikverein – in other words, the academic Brahms. But during his youth, he was a wild romanticist! He identified with the crazy Kapellmeister Kreisler from E. T. A. Hoffmann’s novellas. Or consider his love affair with Clara Schumann – even though he probably never touched her, out of respect for Robert Schumann. All that is incredibly romantic and reminiscent of knightly tales of the 11th century. 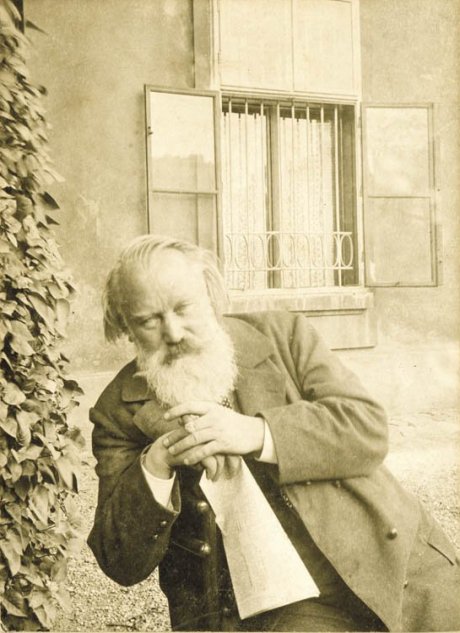 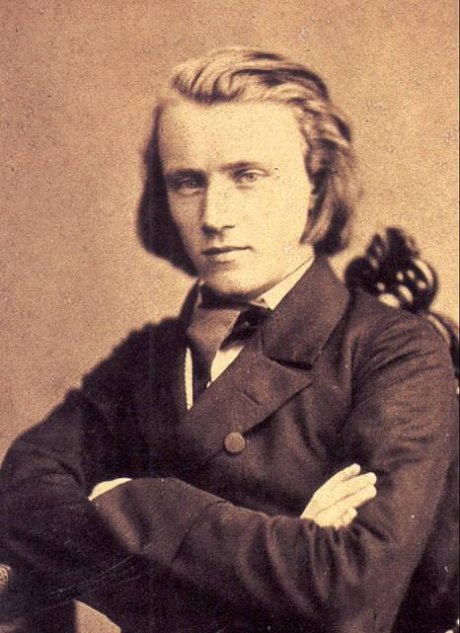 Does the Piano Concerto No. 2 also tell us about knightly adventures?

I don’t know, as there is no programme to the work. I believe that Brahms reacted in his Concerto in B-flat major to two works which were important to him: to Beethoven’s Fifth Piano Concerto, the »Emperor Concerto«, and to his own First Piano Concerto in D minor. The latter had suffered a terrible fiasco years earlier at the Gewandhaus in Leipzig, because – as many people claim – it was not virtuosic enough. By way of an answer, the Second Piano Concerto became extremely virtuosic. 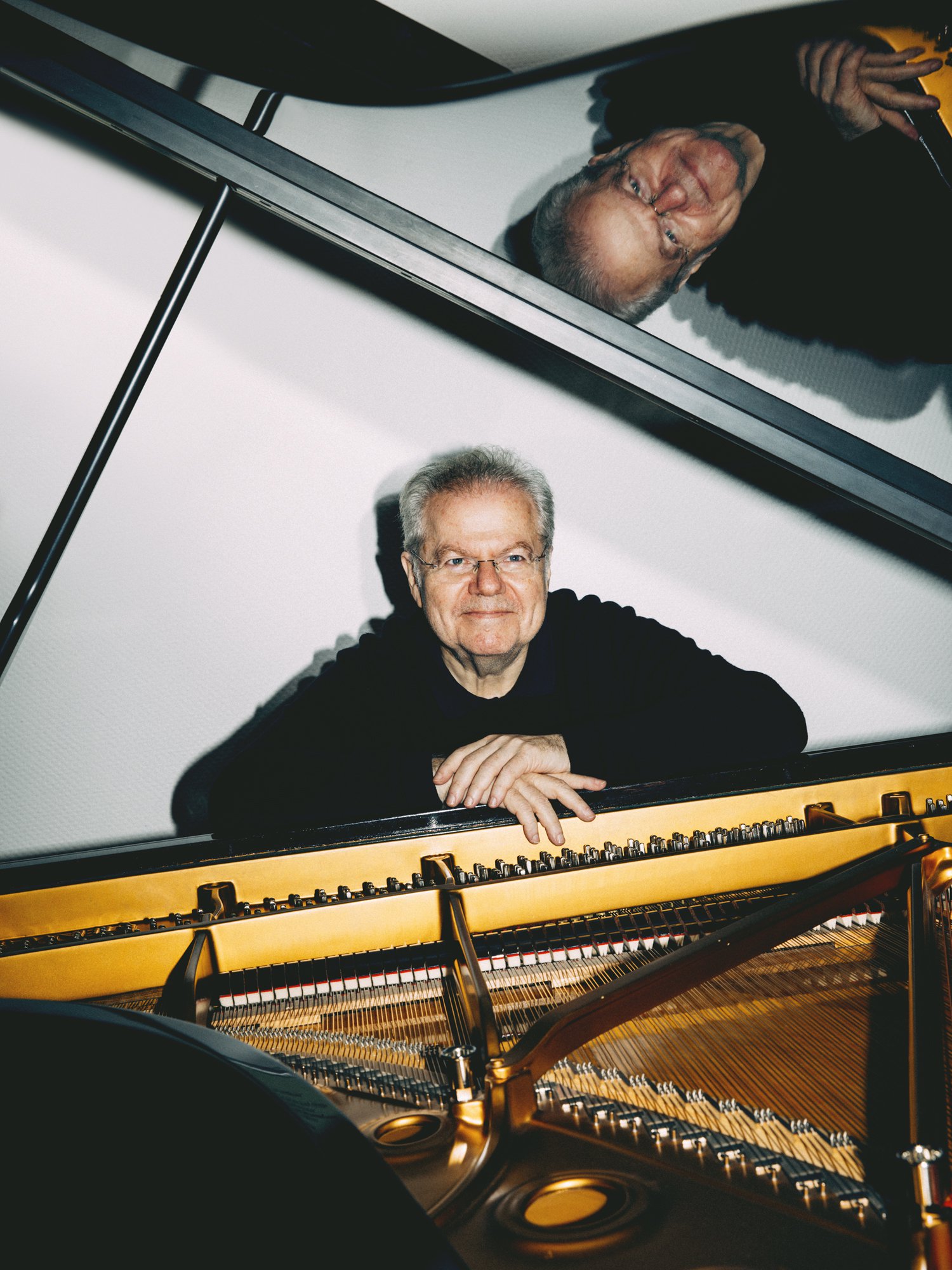 Your colleague Alfred Brendel even speaks of technical perversions…

He is right! Some of the things Brahms composed in his Piano Concerto No. 2 are simply absurd, starting with the opening cadenza. I have no idea how he himself played it at the first performance. There is a review which makes it clear that as a pianist, Brahms obviously had some difficulties with the piece – yet played »like a man who knows the right notes intimately«. Isn’t that great? And it is basically the same for us: when we are lucky, we hit 75 percent of the notes; on a bad day it might just be 50 percent.

We first met many years ago at the Musik-Triennale in Cologne when you introduced the piano concerto Century Rolls by John Adams at the Philharmonie – one example of your regular championing of contemporary music in the USA. Now you are performing a work by Andrew Norman, who was born in Michigan in 1979 and is not a familiar name here yet.

I think Andrew Norman has been discovered in Europe in the meantime; many major orchestras have performed his works: the Berlin Philharmonic, Ensemble Modern, the Bavarian Radio Symphony Orchestra. And there will be many more, for Norman is still young and extremely talented.

Suspend, a fantasy for piano and orchestra, was written in 2014 for the Los Angeles Philharmonic and its conductor Gustavo Dudamel; you played the world premiere at the time. While the soloist in the Second Brahms Concerto, however, must play an extremely large number of notes, Norman writes extremely few. Is it an anti-concerto?

In a certain way, it is. But Brahms plays a role here too. A few years ago, I asked several composers, including Brett Dean, Anders Hillborg and Nico Muhly, to write new works subtly related to Brahms; compositions which I could then interpolate between his piano works, cello pieces or songs. In the preface to his score, Andrew Norman writes that he imagines the soloist to be a kind of Brahms-like loner, who starts improvising for himself, at first imagining very gentle sounds and then an entire orchestra, which then gradually begins to play. However, at the high point of the action, the orchestra almost seems poised to eat the pianist! Here, two tone constellations play a role which were very important to Brahms and his friends: FAE (frei, aber einsam – free yet lonely), the motto of violinist Joseph Joachim, and FAF (frei, aber froh – free yet glad), Brahms’ own motto. I then combined Norman’s Suspend in one concert with the B-flat major Piano Concerto by Brahms. In Cologne, I will play both pieces in two different concerts, combining Norman’s Suspend with Mozart’s Piano Concerto No. 22!