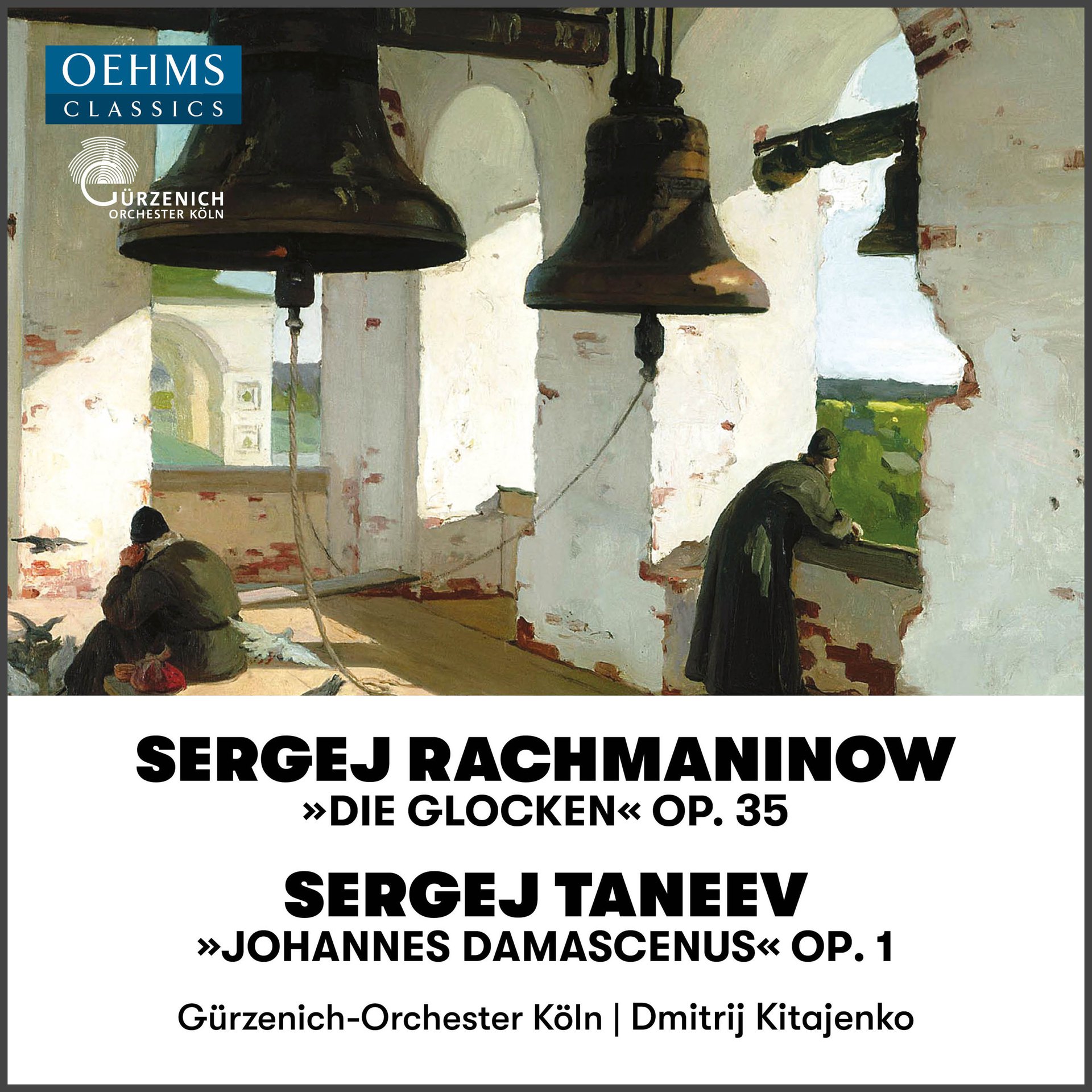 For decades, Dmitri Kitayenko and the Gürzenich Orchestra have stood for benchmark recordings of the Russian repertoire. After celebrated and award-winning complete recordings of the symphonic works of Shostakovich, Tchaikovsky and Rachmaninov, to name but a few, they now release two extraordinary works by Rachmaninov and Sergey Taneyev involving not only the orchestra, but chorus and soloists as well.

In 1913, Sergey Rachmaninov chose a poem by Edgar Allan Poe as the basis of a major choral symphony recounting the cycle of life in four parts as a sequence of bells: sleigh bells accompanying children on a winter’s journey, wedding bells for a young couple, warning bells ringing out alarm during a fire, and finally the death bells accompanying man’s last journey. In Anna Samuil (soprano), tenor Dmytro Popov and bass-baritone Vladislav Sulimsky, Dmitri Kitayenko chose three high-carat soloists more than equal to their challenging parts. The Czech Philharmonic Chorus of Brno, in worldwide demand for its intense and stylistically assured interpretations, performs the choral parts on this recording.

Sergey Taneyev (1856-1915), the only student ever to be taught by Piotr Tchaikovsky, occupies a special place in the late romantic Russian repertoire. Bach, Handel and Mozart were his lifelong inspiration, and despite all the Russian colours of the piece, their contrapuntal mastery also informs the choral cantata »Ioan Damaskin« (»John of Damascus«). From the life of John of Damascus, one of the Fathers of the Orthodox church in the 7th century, Taneyev chose a moment of crisis and radical change: the theologian and preacher, whose talent as an orator earned him the sobriquet »Chrysorrhoas«, literally »streaming with gold«, renounces his life so far and enters a monastery. From a long poem by Alexey K. Tolstoy about John of Damascus, Taneyev chose 16 lines reflecting human life in darkness and fear as well as our hope for redemption. In wonderfully atmospheric images, he combined the sound of Orthodox liturgies with Russian-inflected melodies, creating an extraordinary work which Dmitri Kitayenko, the Czech Philharmonic Chorus of Brno and the Gürzenich Orchestra perform here with equal accuracy and passion.

The music magazine Pizzicato honoured the recording with a Supersonic Award in July 2020. → Read the review by Pizzicato

Available at most Streaming Services